‘Catherine had never been in a church this late. The place was dim – a quarter lit to save electricity. One bulb in four. Sounds were magnified – a candle dropped, high heels on marble, the swing doors whumpfing closed. Coughing, with echoes. And old women whispering prayers full of esses. A coin dropped into the box of a candelabra – from the noise it was possible to tell how full it was – clink for full, clunk for empty. The sacristy lamp burned steadily in its red glass container – symbol of the real presence of the tabernacle. Jesus in flesh and blood.’

‘Grace Notes’ was an impulse buy for me. It was bought in Bookpoint, a fantastic little independent bookshop in Dunoon a couple of months ago. I always try to make a point of buying a book from independents; the staff are usually fantastically knowledgeable and there is a variety of books on the shelves that you don’t get at a Waterstones or a WHSmith. I’m sure my occasional custom makes little difference, but I tell myself I’m contributing to the diversity of the bookshop marketplace when I go in!

I had never read anything by MacLaverty before. Northern Irish and a writer of short stories, novels, and plays, he was shortlisted for the 1997 Booker Prize for ‘Grace Notes’ in 1997 and has won a slew of other literary awards. Our protagonist is Catherine McKenna, the estranged daughter of a recently-deceased Northern Irish publican and a Glasgow-based composer. As she travels back to Belfast for her father’s funeral, Catherine struggles to reconcile her catholic upbringing, a baby born in Scotland without her parents’ knowledge, post-partum depression, and her blossoming career as a creator of classical music. 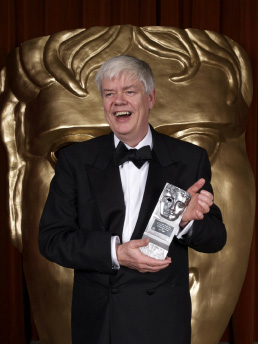 The character of Catherine is compelling throughout. Dry, understated, and with a healthy penchant for black humour, she is multi-layered and complex. Through her, MacLaverty explores the twin pressures of post-partum depression and overbearing Catholicism. The author does not play safe with either topic and the protagonist’s infanticidal thoughts are discussed starkly. I found Catherine’s inner monologue as she sought to manage these thoughts particularly compelling. Her moral compass remains intact; she is aware that her feelings towards her daughter are repugnant but unable to stop them entirely. As such she has to continually retrack her mind, an exhausting and repetitive process which leaves the reader in awe of McKenna’s stoicism and stamina.

MacLaverty’s lengthy exploration of Catherine’s mental health is intrusive and uncomfortable for the reader. It is mirrored by the claustrophobic community she has to reintegrate into for her father’s funeral. The description of Catherine’s mother’s house above the pub where her father works is fantastic. As concerned and nosy relatives and friends mill around before the funeral, the reader feels like there is barely room to move in the cramped, smoky rooms. This sense of a lack of space is also suggested in Catherine’s other properties – in the basement of her friend’s flat in Glasgow and in the storm-lashed cottage on a Scottish island. It contributes to an overarching impression of being trapped, as Catherine is in her family, her relationship and in motherhood.

It is through this miasma of mental health and suffocating religion that Catherine’s gift appears in flashes. A talented composer and pianist, her career struggles to compete with her depression and an abusive partner. Such is the elite level at which she is working, there are few people in her circle of associates who can understand what she is trying to achieve. This lack of empathy further deepens her isolation and her resulting triumph is made all the sweeter because of her small number of contemporaries. The final radio symphony is when MacLaverty really puts on a literary show; the writing swells and blossoms until it is almost music itself. It is a stunning and inventive way to end the novel and a fitting finale for a wonderful protagonist.

If I have one small gripe about the novel it is with the character of Dave, the abusive partner of Catherine. He follows a well-worn path for controlling males – carefree beer swilling student to dour alcoholic partner to violent cypher. As a foil for Catherine he is effective, but there is nothing surprising in his character development and as such he will not live long in my memory. Overall, though, this is a gripping read. It is not a book which I would necessarily have chosen online, nor one I would have picked off the shelf in a high street bookstore. All hail then to the kooky, awkwardly-shaped independent bookshop. Purveyor of the strange, home to the odd, stocker of the now-unfashionable.

***Thanks for reading. Find my other reviews below…***

Ernest Hemingway – In Our Time