‘Good evening. Thank you for coming in so late. Please sit.’

Six chairs were dragged over the plush carpet and six people took their places around the oval table. Among them was a young woman, her eyes puffy and her hair scraped back into a ponytail. She looked around her as though expecting to be asked to leave.

‘Due to the serious nature of what we’ll be discussing tonight, I’ve asked Paul to minute this meeting. Please introduce yourselves before we begin.’

‘Simon Taylor,’ said a bespectacled man who, despite the hour, was dressed immaculately in a charcoal suit. ‘Union representative. Before we start, Mr. Timmins, I really must protest. Summoning us here in such a clandestine manner is…’

‘There’s a reason we’re sequestered away, Simon,’ shot back Mr. Timmins. ‘If the rest of the council employees were aware of what happened today there would be outright panic.’

‘I’m not so sure, and if the public found out…’ Mr. Timmins closed his eyes and pinched the bridge of his nose, seemingly unable to envisage the consequences. ‘Our purpose tonight is to establish how our systems were breached. We were supposed to be impenetrable!’

At this last exclamation, a gobbet of spittle flew from Timmins’ mouth and settled in the middle of the table. Everyone stared at it, as though at a loss for anywhere else to look.

‘Everyone around this table has a role to play in what happened to this young lady today,’ continued Mr. Timmins, motioning towards the red-eyed female. ‘I want each person in turn to describe to me what their department was supposed to do, whether that department carried out their duties, and if not, then why the hell not. Zach, why don’t we start with you?’

The young man pulled a tablet from his jacket pocket and began to tap away at it. ‘This is a tried and trusted system, Mr. Timmins. I’ve checked and rechecked the site since the anomaly was identified. The chances of our security being breached through the website are…minimal.’

‘Minimal,’ repeated Rebecca, stirring her coffee so that the spoon didn’t touch the sides of the mug. ‘That sounds like another word for possible to me.’

‘What are you suggesting, Rebecca?’ asked Zach, not looking up from his tablet.

‘That perhaps you and the rest of the socially-challenged techies down there in the basement couldn’t resist making the website a little more…user-friendly than it needed to be?’

‘Nonsense. A contact number is almost impossible to obtain through the site…’

‘Looking for some non-nerd conversation, were you?’ interrupted Rebecca peevishly.

‘And should someone reach the right page on the website, the service user would be encouraged, strongly encouraged to chat online rather than go anywhere near a phone. Our checks and balances remain in place, Rebecca. Far more likely that it was human error, or more accurately, a human resources error.’

‘Why you little sh…’ began Rebecca.

‘Enough,’ said Timmins. ‘Keep your petty grievances for the AGM. Zach makes a reasonable point, Rebecca. Even if the number had been obtained from the website, there should have still been a buffer in place, correct?’

‘I pride myself on the incompetence of our contact centre. Do you have any idea how many bright young things I turn away every time we have a recruitment drive? Only the most dunderheaded, incompetent, slapdash employees make it onto my team. There’s no chance that call would have been correctly directed.’

‘And yet here we are,’ pointed out the union representative.

‘Have you ever called the customer helpline, Simon?’ asked Rebecca, her voice dangerously soft.

‘What possible need would I have to…’

‘If you had,’ continued the older woman. ‘You would have been met with the most irritating of jingles, interspersed with advice on how many of our services are now available online. You’d have been apologised to and informed that the customer service centre was experiencing an abnormally high level of calls. Do you know how long the average caller is on hold for? Ninety minutes. Their position in the queue never changes. There is no hint of life at the other end of that phoneline, not so much as an inkling of hope. It is enough to break anyone. If there was a breach in security, it wasn’t at my department.’

Rebecca sat back in her chair, drained her coffee mug, and pushed it out in front of her.

‘Simon,’ said Mr. Timmins. ‘You’re responsible for employee wellbeing. Surely you must have practices in place which discourage what happened to this girl?’

‘I…we do,’ he began. ‘We campaign tirelessly on behalf of our workforce. The council opening times are, in a word, bizarre. No upstanding member of the public could possibly be expected to…We’re not open for enquiries on a Tuesday afternoon, nor are we available on Thursday and Friday mornings. We use every bank holiday in the agrarian calendar and every member of staff is entitled to a bathroom break every twenty minutes. The chances of someone being sat by a phone when this happened are infinitesimally small.’

‘I keep hearing that,’ remarked Timmins as he turned to the only person in the room who had not yet spoken. His voice softened for the first time. ‘Briony, I know you have already gone through this with the counselling team, but would you mind telling us again what happened to you today. Take your time; every detail could be important.’ 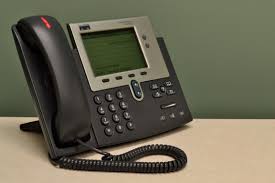 The young girl sniffed and was handed a tissue by Simon.

‘Everyfin’s usually so quiet in there,’ she began, wiping her nose and balling the tissue up in her white-knuckled hand. ‘You can usually go in to the office, get yourself a cuppa, and settle yourself down with yer I-Phone…’

‘This morning, Briony. What happened this morning?’

She carried on as if she hadn’t heard her manager.

‘If a call does come through, it’ll be a wrong number, or maybe one of the I.T. guys asking if I want lunch picked up. Not this mornin’, though. When I picked up the phone it was like I was bein’ attacked. Question after question after…’

‘Who transferred the call to you, Briony?’

‘I just froze,’ she continued, her voice becoming shriller. ‘I mean, nuffin’ like this was ever covered in basic training, was it? Divert and Deter, that’s what we was told…’

‘He started right in about the opening times – mumpin’, complainin’. Next it was the traffic lights being out of sequence on Lyre Avenue. Described it as a ‘bleedin’ disgrace he did, as if it was my fault. He weren’t ‘appy about the verges not being cut neither. Said it was like canoeing up the Amazon, the grass was so tall. On and on he went, as though I’d have any of the answers he was lookin’ for…’

‘Alright, there’s no need to…’ cut in Simon.

‘As if,’ Briony sobbed, burying her head in her arms. “As if I’d know if the blue bins would be collected on a bank holiday!’

The girl’s cries fell flat against the paneling of the conference room. The other attendees stared at the ceiling, whilst the minute-taker sat with pen raised, as though unsure of whether to document Briony’s anguish.

‘Has anyone considered,’ said Zach, timing his words to take advantage of the gaps between sobs. ‘Do we know whether it was definitely an internal call?’

Four pairs of eyes lowered to where the website manager sat slouched in his seat.

‘You can’t mean to propose that someone has given out the direct number for the council,’ said Paul incredulously, pen still hovering in his hand.

Zach shrugged and glanced at Mr. Timmins, who was sat bolt upright in his chair.

‘Briony, can you remember…Now come on, pull yourself together. Can you…BRIONY! This is important! How many rings were there when the call came through?’ Timmins pushed his chair back and strode around to where the girl was still shuddering with sobs. He took her by the shoulders. ‘Was it one or two rings, Briony? This is important! One or two?’

The young woman’s shoulders heaved for air as she cried, all dignity forgotten. Her quivering hand went up, holding a now-shredded tissue. She raised two fingers, the nails bitten to the quick.

Mr. Timmins was ferreting for the phone in his pocket, barking out orders to no-one in particular.

‘This can’t be happening,’ he said, marching up and down the conference room and jabbing a finger at his mobile. ‘A breach of security of the most serious kind…members of the public with unfettered access to elected officials. Why, they could phone anywhere, ask anything! Jesus, it’ll be worse than that residents’ meeting that was properly advertised.’

‘Shut it down,’ said Timmins, now connected with whomever he had been trying to reach. ‘Shut it all down…I don’t care, just shut it down…I.T. systems failure, thunderstorm, data breach, the bloody millennium bug, I don’t care what you tell them, just shut it down. I don’t want a single phone call, email, fax, or goddamn telegram going in or out of this council. Do I make myself…’

Paul raised his hand to his ear and the room became silent. In the depths of the deserted building, a phone was ringing. Mr. Timmins’s face paled.

Thanks for reading, folks.

Not necessarily in that order.